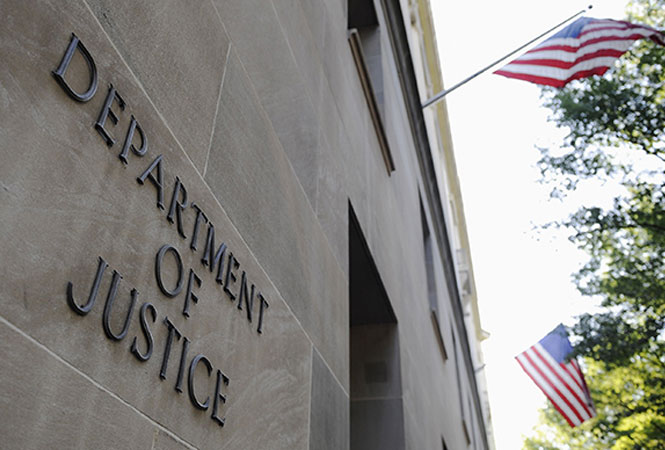 Greenbelt, Maryland – A federal criminal complaint has been filed charging Jason Michael Leidel, age 42, an active-duty commissioned officer of the United States Navy and Sarah Elizabeth Sorg, age 43, a Senior Trial Attorney for the United States Department of Transportation, both of Silver Spring, Maryland, with aggravated identity theft, fraud related to a protected computer, cyberstalking and conspiracy to commit cyberstalking. The criminal complaint was filed on October 17, 2022, and unsealed today upon the arrest of the defendants.

As detailed in the affidavit, Leidel married his wife in 2005 and they had two children. Leidel has served in the military since 2003—first in the United States Air Force, then in the United States Navy (USN). In 2017, while on active duty with the USN, Leidel was accepted to a Ph.D. program at the Uniformed Services University for the Health Sciences (“USUHS”) in Bethesda, Maryland, and reported for his assignment in June 2018. In August 2018, Leidel and his wife permanently separated. She and the two children returned to Virginia Beach, Virginia, where they had lived prior to Leidel’s USUHS assignment.

The affidavit filed in support of the criminal complaint alleges that, since their separation, Leidel has engaged in an ongoing and extensive scheme to harass his ex-wife, interfere with court proceedings relating to domestic relations issues, and perpetrate fraud on courts in both Montgomery County, Maryland and Virginia Beach, Virginia. Among other things, Leidel used spoofedand fraudulent email accounts and phone numbers to falsely create communications purporting to be from his ex-wife, thus causing criminal charges to be filed against her, disrupt her employment, and interfere with her personal life. Leidel also allegedly sent emails from compromised accounts and spoofed accounts in order to portray his ex-wife as a mentally unstable parent, with the hope that he would gain custody of their minor children in order to deprive his ex-wife of his retirement accounts and pension in their divorce agreement.

In addition, according to the affidavit, Sorg shared her home with Leidel and was present when a search warrant was executed at their residence. Sorg was aware of information that linked multiple fraudulent online accounts used by Leidel to harass and victimize his ex-wife as early as August 2020 and has allegedly continued to provide assistance to Leidel to harass the victim, interfere with court proceedings, and perpetrate fraud on courts in Montgomery County, Maryland and Virginia Beach, Virginia.

Advertisement OPINION: This article may contain commentary which reflects the author’s opinion. It is starting to appear near certain that House Speaker and California Rep. Nancy Pelosi’s time as Speaker is coming to an end. In one key house race in New York Republican Rep. Nicole Malliotakis is ahead of the Democrat challenger, former Rep. […]

Some staff writers of NBC’s Saturday Night Live are so furious about Dave Chappelle hosting this week’s show that they are boycotting the episode to protest the comedian, according to a new report. “They’re not going to do the show,” an unnamed source told Page Six. “But none of the actors are boycotting.” The writers […]