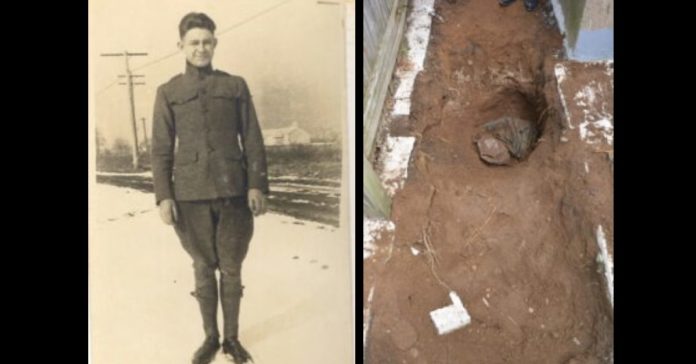 Queens District Attorney Melinda Katz announced today that Martin Motta, 75, has pleaded guilty to manslaughter for the 1976 killing of an 81-year-old World War I Veteran. Motta faces 20 years in prison.

District Attorney Katz said: “This long-cold case marks the first successful application in New York City of forensic genetic genealogy. No matter how much time has passed, we will use every tool at our disposal to achieve justice. It is precisely for cases such as this one that I created the Cold Case Unit when I became Queens District Attorney. For the gruesome murder of a World War I veteran, the defendant eluded arrest for more than 46 years. Now he is headed to prison thanks to the collaboration between the NYPD and our Cold Case Unit.”

Motta, of Jamaica, New York, pleaded guilty today to manslaughter in the first degree. Queens Supreme Court Justice Holder indicated that he would sentence the defendant on November 7 to a determinate term of 20 years.

According to the charges, on March 12, 2019, human remains consisting of a pelvis and partial torso were discovered buried under concrete in the backyard of 87-72 115th Street, Richmond Hill, Queens. The body had been dismembered at the neck, shoulders, and hips.

The remains enabled the Office of the Chief Medical Examiner to determine a DNA profile, in the hopes of identifying a family member. That profile was searched within local, state, and national databases with negative results.

In 2020, the Queens District Attorney’s Office and the NYPD sought the assistance of a private laboratory and the FBI to help generate leads to the unknown victim’s identity. In February 2021, the laboratory, Othram Laboratories, used advanced DNA testing to produce a comprehensive genealogical profile from the skeletal remains. The genealogical profile was given to the FBI, which then generated leads that were turned over to the Queens District Attorney’s Office and the NYPD. Investigators began to contact potential family members of the victim and obtained DNA samples for comparison to the discovered remains.

Through these combined efforts, investigators were able to confirm that the remains found were those of George Clarence Seitz, a veteran of World War I. Further investigation revealed that Mr. Seitz, then 81-years-old, went missing at approximately 10 a.m. on December 10, 1976. He was last seen leaving his home in Jamaica, reportedly on his way to get a haircut. After an extensive investigation, information was obtained that identified the victim as a regular customer of the defendant at the barbershop and linked Motta to the crime.

Crucial evidence obtained in the investigation which was led by the NYPD and the Queens DA’s office revealed that the defendant fatally stabbed Mr. Seitz in the head after he robbed him of approximately $7,000 to $8,000. The investigation included multiple interviews of witnesses and extensive searches of records through various agencies that spanned five states.

Advertisement OPINION: This article may contain commentary which reflects the author’s opinion. After being elected as a Democrat, North Las Vegas Mayor John Lee is switching to the Republican Party. Lee argued the Democrats’ “elitist” and “socialist” agenda is not one he “can stand with anymore.” Advertisement “They had an election recently for leadership, and […]

Spread the love On Thursday’s broadcast of the Fox Business Network’s “Mornings with Maria,” FCC Commissioner Brendan Carr argued that, in light of FBI Director Christopher Wray’s warning about the national security risks of TikTok, there isn’t a credible way the Biden administration can allow TikTok to keep operating. Carr stated, “Well, just this week, […]

‘My Son Hunter’ Is ‘Absolute Brilliant Film, Everybody’s Got to Watch This’ – Market Subset News