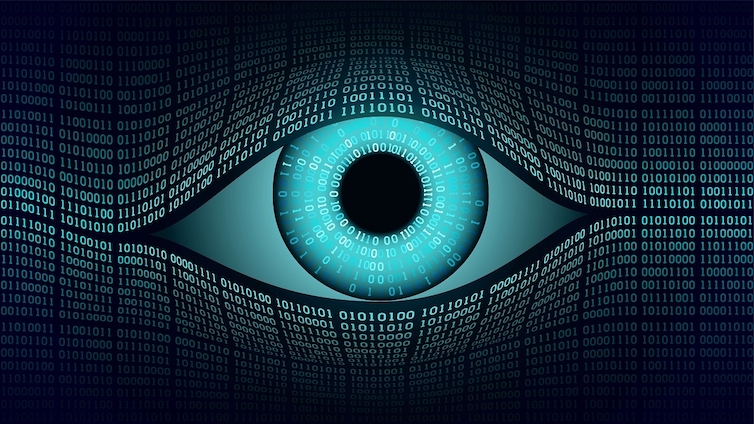 At the Pacific Northwest National Laboratory, which is managed by Battelle on behalf of the U.S. Department of Energy, work is being done on a “D-PO,” which is currently being referred to as a “visionary idea.”

According to the paper, researchers are “forecasting a future when artificial intelligence assists police and border agents, not as a software tool but as an autonomous companion capable of grabbing the wheel during pursuits and combing social media to pinpoint persons for closer inquiry.”

Through a study of the available materials and Freedom of Information Act processes, EFF discovered the work.

The project states at one point, “We need to develop computer systems that are not just tools we utilize, but teammates we work with.

“Civil liberties organizations have been warning about the dangers posed by law enforcement’s growing dependence on automated technology, such facial recognition and ‘predictive policing’ systems, for years. The Knightscope security patrol robots and the quadrupedal “dog” robots that the US Department of Homeland Security plans to place along the US-Mexico border are just two examples of autonomous police robots that we have brought to your notice in recent years, according to the foundation.

However, it said the most recent version “goes so much beyond.”

According to the theory, AI picks up information from “the human and its surroundings” and utilizes it “to assist steer the team without needing specific orders from the human.”

According to their scenario, according to PNNL, when two “officers” get a report of a robbery in progress, they quickly utilize facial recognition, self-driving technology, algorithmic prediction, and drones.

D-PO watches video from an autonomous police drone that is circling the crime scene as Officer Miller travels to the location of the heist. The next step is for D-PO to identify a person who matches the suspect’s description using its deep learning picture recognition technology. Officer Miller is informed by D-PO that it has a high confidence match and requests that they take over driving so that the officer may see the video. The officer grants the request, and D-PO shows the police car’s display the video of the potential suspect. According to the EFF study, “D-PO has highlighted the characteristics on the video and explains the attributes that lead to its high-confidence rating.

Miller and the digital officer then had a conversation about how to catch the perpetrator.

The reader is left to infer what occurs next from the writers’ writing. If you believe the fiction, you may see this story coming to a wonderful conclusion with no one getting wounded and everyone winning a medal, even the virtual teammate. According to the EFF report, “but for those who examine the intersection of policing and technology, there are a wide variety of tragic endings, from mistaken identity that causes an innocent person to be involved in the criminal justice system to a preventable police shooting that results in zero accountability. Officer Miller is able to blame an unpunishable algorithm for making a flawed recommendation, according to the report.

According to the group, the technology is “a long way off,” but one municipal police department has already shown interest in the possibilities.

However, it has been stated that the Customs and Border Protection officials are also being encouraged to use the technology.

“CBP is notorious for funding the development of novel technology for border security, such as autonomous observation towers and surveillance blimps. The Border Inspections Teammate System (BITS) in the PNNL scenario would be an AI that interacts with checkpoint inspectors via an augmented reality (AR) headset, according to the research.

Following that, EFF issued a warning about the issues with implementing untested technology, which is “frequently predicated on miraculous but improbable tales propagated by tech developers and marketers, without considering the damage they can create.”

In the study, it was said that “society would be better served if the PNNL team used their collective creativity to examine the perils of future police technology so we might avoid the pitfalls, not rocket straight into them.”

Today we bring you a truly bombshell interview and critical story about the WHO’s new pandemic treaty which is specifically written to overrule the United States Constitution and all domestic laws in every nation, worldwide. How do we know this? Because treaty expert Dr. Francis Boyle studied the proposed treaty language and lays it […]

Advertisement OPINION: This article may contain commentary which reflects the author’s opinion. MSNBC and NBC are moving Chuck Todd’s “Meet the Press Daily” to a streaming-only option for viewers and changing the name to “Meet the Press Now.” The 1 PM hour on MSNBC will now be called “MSNBC Reports” with veteran anchor Chris Jansing. […]