DAVENPORT, Fla. – The man who shot a Polk County Sheriff’s Office deputy Wednesday night, October 12, 2022, has been arrested and is facing four felonies and a misdemeanor.

41-year old Gabriel Batista of Orlando was charged with Attempted 1st Degree Murder of LEO, Written Threat to Kill, Resisting with Violence, and Discharging a Firearm on Residential Property. 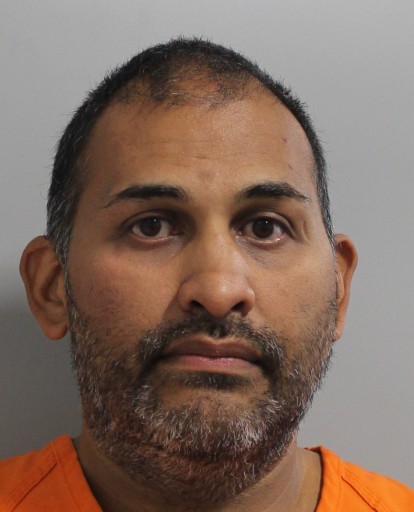 Deputies responded to a residence in the Tanglewood Preserve subdivision in Davenport Wednesday just after 10:00 p.m., in reference to a family disturbance. Those deputies were D/S Nicole Lyons (15 years of experience as a deputy) and D/S Harodis “Tony” Nunez (14 years of experience).

The disturbance began via telephone and deputies later learned that Gabriel Batista informed one of the residents not to call law enforcement or it wouldn’t end well.

Prior to deputies’ arrival, Batista showed up at the home and began knocking on doors and windows.

He called the resident and said that the cops would have to kill him in front of the house.

When the deputies arrived, Batista was gone, but he soon returned and confronted the deputies. He exited his vehicle with his hands behind his back.

The deputies gave verbal orders for Batista to show his hands. During this time, Deputy Lyons was holding her Taser and Deputy Nunez was holding his firearm.

Batista continued to conceal his hands, not complying with the deputies’ lawful orders to show his hands, so Deputy Lyons attempted to subdue him with the Taser. As the Taser was fired, Batista brought a 9mm pistol he was concealing behind his back forward toward the deputies and began shooting at them.

Of the six shots fired by Batista, one struck Deputy Nunez in the center of his chest. The bullet was stopped by the bullet proof vest that Nunez was wearing.

Deputy Nunez was able to get one shot off at Batista, but missed. However, Batista quickly threw down his gun and surrendered and was immediately taken into custody by both deputies.

“I am very happy to report that Deputy Nunez was released from the hospital this morning. He is sore, but recuperating. Domestic violence calls are among the most dangerous our deputies respond to. Gabriel asked for us to kill him and we would have fulfilled his request if Deputy Nunez’s gun didn’t jam. We will be holding Gabriel accountable for his depraved violence against our deputies.” – Grady Judd, Sheriff.

After his arrest, Batista told detectives that when he learned law enforcement responded to the residence, he chose to return to commit, “second-hand suicide.”

Advertisement OPINION: This article may contain commentary which reflects the author’s opinion. The United States Supreme Court has sided with a Pennsylvania Republican in a ballot case for a judgeship. The Supreme Court nixed a lower court ruling that allowed the counting of mail-in ballots that did not have the date on them, the Associated […]

We’re Going to Have to Replace Oil Released from SPR, Which Will Raise Prices – Market Subset News

During an interview aired on Friday’s edition of Bloomberg’s “Wall Street Week,” Harvard Professor, economist, Director of the National Economic Council under President Barack Obama, and Treasury Secretary under President Bill Clinton Larry Summers stated that while he agrees with the initial release from the Strategic Petroleum Reserve done by the Biden administration, he isn’t […]