Ohrt, 57, of Buckingham Township, entered his plea before Common Pleas Judge Jeffrey L. Finley to two counts each of indecent assault, corruption of minors and invasion of privacy and one count of tampering with or fabricating physical evidence. 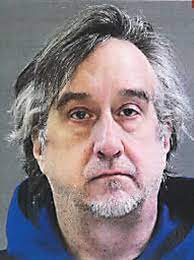 Sentencing was deferred for 90 days as Ohrt undergoes an assessment by the state Sexual Offenders Assessment Board. As part of his plea, he will be required to register as a sex offender for 15 years. Ohrt was first charged on Feb. 8, 2022, after an investigation found he took a video recording of a former male student without consent.

Following the publicity of his arrest, detectives received multiple tips through emails, phone calls and on our CrimeWatch site from people reporting inappropriate past contact with Ohrt, leading to additional charges a month later that he sexually assaulted two former students. Detectives with the Central Bucks Regional Police Department and the Bucks County District Attorney’s Office began their initial investigation on May 9, 2021, following a Childline referral intake report alleging the potential sexual assault of a former student by Ohrt, a teacher and choir director at Central Bucks West High School. The victim was identified as a former male student and choir member who graduated in 2016.

The victim said during his junior year of high school, Ohrt began mentoring him in composing music. He said some of Ohrt’s actions when they were alone made him feel uncomfortable. He reported that Ohrt began telling him that he loved him and would try to spend time alone with him, Assistant District Attorney Brittney Kern said on Thursday. After graduation, he maintained a close relationship with Ohrt and even moved into a bedroom at Ohrt’s house. During out-of-state trips, Ohrt made inappropriate sexual advances toward the former student, who was around 19 at the time, but the victim declined.

As detectives continued their investigation, they went to Ohrt’s home on Sept. 30, 2021, and left a business card on his door after no one answered. About a month later, a young man who was living at Ohrt’s house came to the Central Bucks Regional Police Department with property he said Ohrt gave to him to destroy “in a nonpublic manner.”

The young man said he was concerned about the contents of the items provided by Ohrt and brought them to the Central Bucks Regional Police Department, Kern said. These items included a laptop computer, an external hard drive and four hidden camera devices. One of these devices was a “smart” clock cube, and the other three devices were cell phone block wall chargers. Each of these four devices were designed to surreptitiously audio and video record to SD memory cards, Kern said.

Detectives reviewed the memory cards found in the hidden cameras, and one of them contained audio and video of Ohrt’s former student. One video showed the victim naked as he changed his clothing. Ohrt was charged in February, and detectives continued their investigation, leading to two more victims coming forward. One victim told detectives that he was a sixth grader at Linden Elementary in 1991 when Ohrt, his choir teacher, indecently touched him. The encounter happened inside the music room at the school when the victim was 11 years old.

A second former choir student was interviewed and told detectives he was 13 years old in 1996 when Ohrt molested him. The victim said he was babysitting at Ohrt’s home in Doylestown Township while Ohrt and his wife went out to celebrate their wedding anniversary and when Ohrt returned, he indecently assaulted him in the basement of his home.

“Mr. Ohrt’s crimes are all the more egregious because of the high level of public trust conferred upon him by his status as a teacher for decades,” District Attorney Matt Weintraub said. “He perverted that trust by preying upon the very children he was entrusted to nurture, educate and care for.”

“I appreciate all of the community support and participation that this investigation yielded and required to hold this man accountable for his criminal actions. He will now be held to pay the price for the damage he has caused.”

Advertisement OPINION: This article may contain commentary which reflects the author’s opinion. White House Press Secretary Karine Jean-Pierre shouted down a reporter during a press briefing after the reporter was outraged for not being called on to ask a question. The incident occurred at the end of the briefing when Jean-Pierre was called on another […]

The Indian army has organised a celebration of the 75th anniversary of the landings of the army’s 1st Sikh Regiment at an Airforce Station in Srinagar on Thursday, The operation helped New Delhi to take back control over Kashmir from Pakistani forces in 1947. Defence Minister Rajnath Singh and Vice-Governor of Indian Administrative Kashmir Manoj […]

Xi Jinping Vows to Conquer Taiwan at CCP ceremony Spread the love   At the 20th National Congress of the Communist Party, China’s president, Xi Jinping, gave a lengthy address during which he hailed the party’s accomplishments in preserving social stability and national security while also promising to pursue the cause of Taiwan’s […]