NEW ORLEANS – Randy Jonal Schenck (a/k/a RuRu, a/k/a “Shaq”), 41, of New Orleans, Louisiana and Downey, California, was sentenced on October 6, 2022 after previously pleading guilty to Counts 1 and 7 of a pending indictment, charging him with interstate transportation and use of an interstate facility with intent to carry on unlawful activity, and wire fraud.

According to court documents, Schenck met Dominique Berry in New Orleans in about early 2013 and soon developed a romantic relationship. Shortly thereafter, Schenck encouraged Berry to engage in commercial sex activities (i.e., prostitution) with individuals in the New Orleans, Louisiana area and became involved in the scheduling, coordination, and facilitation of Berry’s commercial sex acts. Schenck typically kept all, or most, of the proceeds of the commercial sex acts.

Beginning in about March 2014, and continuing through September 2017, Schenck and Berry travelled nationally engaging in their prostitution enterprise, including through California, Louisiana, New Mexico, Texas, Arizona, Tennessee, and Georgia. In furtherance of the enterprise, Berry regularly engaged in commercial sex acts on multiple days of nearly every week between about March 2014 and September 2017. Schenck and Berry posted numerous advertisements containing photographs of Berry on multiple location-specific online classified ad service websites and social media applications in that invited interested individuals to contact Berry to schedule sexual interactions, many of which were explicitly commercial. 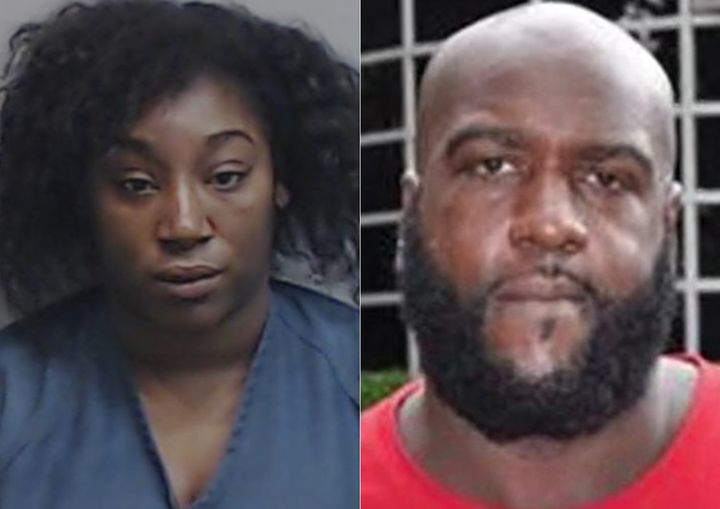 Beginning in about 2015, the prostitution enterprise evolved to include a scheme to defraud, whereby Schenck caused Berry to arrange “out call” interactions at the residences of men who met her through online postings. While at those residences, Berry placed substances in the beverages of the men for the purpose of “spiking” their drinks and rendering them unconscious. Berry then took items of value from the incapacitated men, including jewelry, firearms, electronics, cash, and debit and credit cards. Schenck and Berry used the items, without the knowledge or authorization of the people to whom the items belonged, for their benefit and the benefit of individuals associated with them. Schenck and Berry implemented the scheme numerous times throughout the United States.

In sentencing Schenck, Judge Barry Ashe found that he utilized force, threats of force, fraud, and coercion in initially recruiting Berry to work for him and to keep her compliant and under his control. Also, the Court heard substantial evidence of numerous acts of violence that Schenck committed against Berry and her family members, as well as threats to commit additional violent acts in the future, particularly after she attempted to leave his control or otherwise disobeyed his instructions. At least one of the instances resulted in Berry’s hospitalization.

In furtherance of the scheme, on about February 24, 2017, Berry met S.A., a resident of Metairie, Louisiana, through a social media application. After exchanging text messages and phone calls, Berry and S.A. agreed to meet at S.A.’s apartment. Schenck dropped Berry off at S.A.’s apartment. While at S.A.’s apartment, Berry, as directed by Schenck provided S.A. with various substances, including alcohol, to loosen S.A.’s inhibitions and to render him more susceptible to theft. After S.A. became incapacitated, Berry stole S.A.’s personal property, including a debit card. Schenck picked up Berry at approximately 1:00 am and then used S.A.’s debit card, later that day, without S.A.’s authorization, to make a purchase at a Walmart Supercenter in New Orleans. Law enforcement authorities performed a wellness check on S.A.’s apartment the following day and found S.A. deceased.

The Judge sentenced Schenck to 60 months in prison as to Count 1 and 240 months as to Count 7, to run consecutively, for a combined total of 300 months in prison. Judge Ashe ordered that the sentence run consecutively to the sentences Schenck received in two prior proceedings in Fulton County, Georgia, and Cobb County, Georgia. Judge Ashe ordered Schenck to serve three years of supervised release after the conclusion of his prison term and pay a mandatory $200 special assessment fee. Schenck is also subject to a restitution order after a hearing scheduled for December 29, 2022, at 1:30 pm.

With tens of thousands of elites descending upon the Red Sea resort town of Sharm El Sheikh for the UN COP27 climate conference, some 400 private jets have been witnessed landing in the Egyptian city. The COP27 climate change summit, which was too hypocritical for even Greta Thunberg to attend, has been beset with accusations […]

Advertisement OPINION: This article may contain commentary which reflects the author’s opinion. Former Alaska Gov. Sarah Palin, a current candidate for the state’s lone representative in the House, has a dire warning for voters. In a recent interview she warned that ranked choice voting is designed to help Democrats win elections, Breitbart News reported. Advertisement […]

Footage captured at the Port of Dover on Monday shows the aftermath of a firebombing attack at a migrant centre. Two people who were inside the migrant facility were injured in the attack, which took place on Sunday. Local police say the suspect has been identified as a 66-year-old man who lived more than 160 […]