Russian authorities claim the rail and road bridge linking Russia to the annexed Crimean peninsula is already partly open and the damage to it “insignificant”.

Vladimir Konstantinov, a key figure in Crimea’s Russian-backed regional government, blamed the damage on “Ukrainian vandals, who have finally managed to reach their bloody hands to the Crimean bridge,” according to the BBC.

He said that the crucial and symbolic piece of infrastructure, personally opened by Russian president Vladimir Putin, would be “promptly restored, since [the damage] is not of a serious nature”.

The Russians have revealed that at least three people were killed in the blast, however — passengers in a car engulfed by the conflagration. 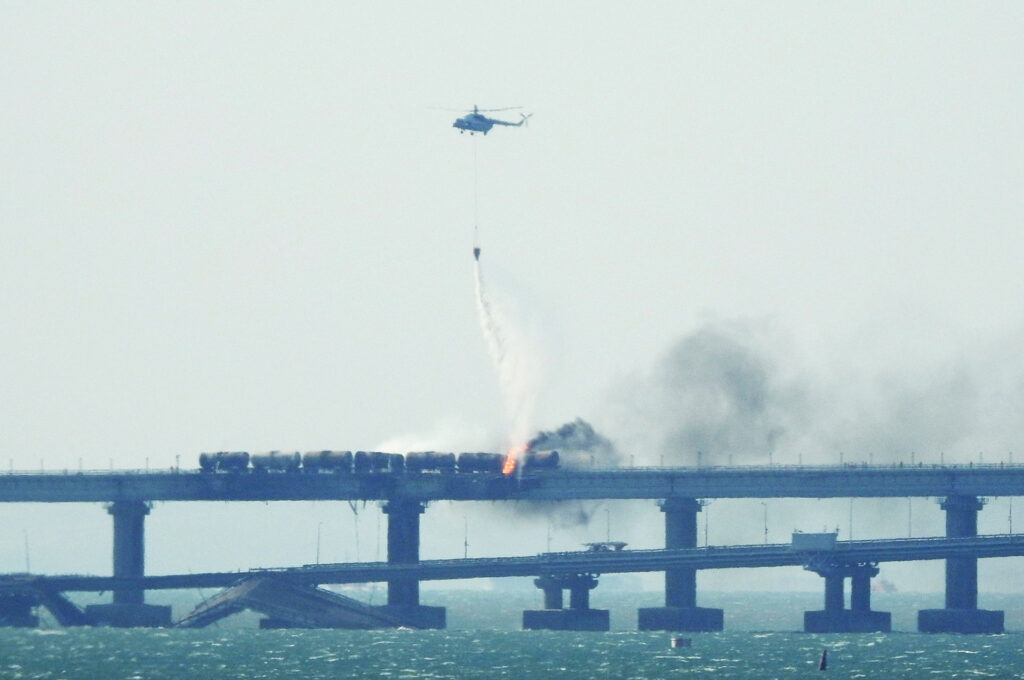 A firefigter helicopter pours water on the carriages of a train on fire on the Kerch bridge that links Crimea to Russia, after a truck exploded, near Kerch, on October 8th, 2022. Moscow announced on October 8th, 2022 that a truck exploded igniting a huge fire and damaging the key Kerch bridge — built as Russia’s sole land link with annexed Crimea — and vowed to find the perpetrators, without immediately blaming Ukraine. (Photo by -/AFP via Getty Images)

While Ukraine has made no secret of its plans to strike the bridge, its official position on whether or not they are responsible for the explosion is, as of the time of publication, somewhat ambiguous.

Several senior figures have at least implied responsbility, however, with Mykhailo Podolyak, an adviser to President Volodymyr Zelensky, for example, tweeting: “Crimea, the bridge, the beginning. Everything illegal must be destroyed, everything stolen must be returned to Ukraine, everything occupied by Russia must be expelled.”

The Ukrainian defence ministry, meanwhile, tweeted: The guided missile cruiser Moskva and the Kerch Bridge – two notorious symbols of russian power in Ukrainian Crimea – have gone down. What’s next in line, russkies?”

Curiously, the BBC changed this statement in a report on the incident, misquoting the Ukrainians as having merely said “What’s next in line?” without the “russkies” pejorative. 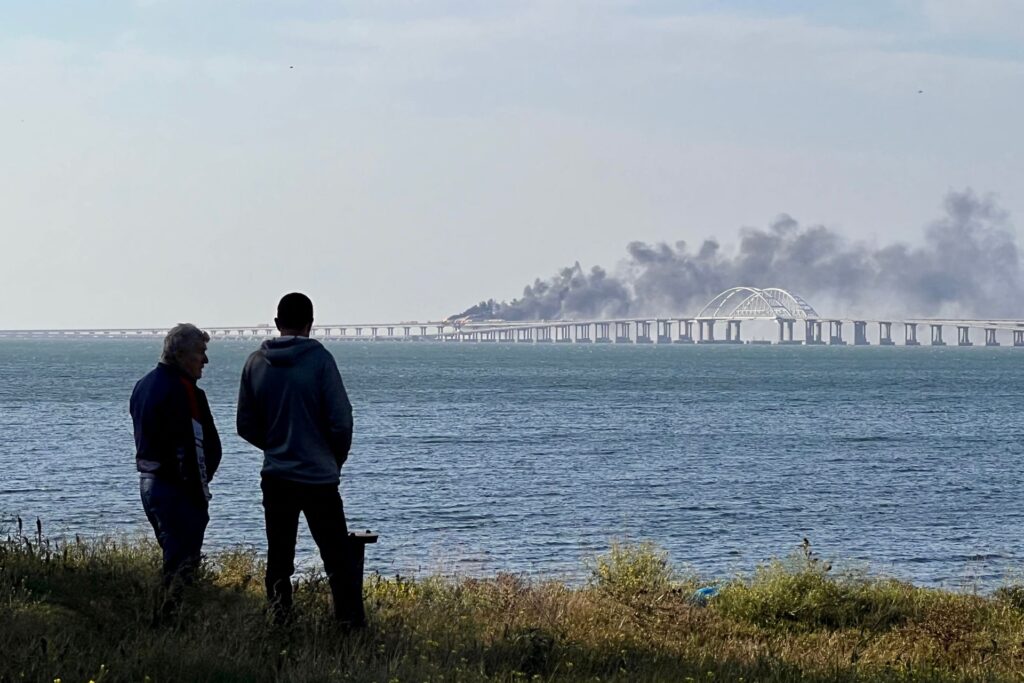 People look at thick black smoke rising from a fire on the Kerch bridge that links Crimea to Russia, after a truck exploded, near Kerch, on October 8th, 2022. (Photo by ROMAN DMITRIYEV/AFP via Getty Images)

WASHINGTON, DC – President Joe Biden falsely claimed Friday that the Supreme Court sided with his student debt transfer, because Justice Amy Coney Barrett had no choice but to reject one lawsuit because of a jurisdictional issue, while other challenges may succeed. Biden claimed at a political event Friday that the justices have ruled in […]

Advertisement OPINION: This article may contain commentary which reflects the author’s opinion. The prospect of a rail workers strike that could affect commerce nationwide is back as the union has said no to the current offer that was celebrated by President Joe Biden and The White House. The Brotherhood of Maintenance of Way Employees Division, […]

A German non-governmental organization (NGO) called Urgewald, which monitors carbon emissions, presented a report at the COP27 climate summit in Egypt that said nearly all of the oil and gas companies in the world are planning significant expansions over the next few years, in a dramatic rebuttal of the climate change movement’s demand for zero […]