Biden will tour the damage near Fort Myers via helicopter before receiving a briefing by federal, local, and state officials on the ongoing efforts to recover from the storm later in the afternoon.

Biden and DeSantis are expected to meet and talk about their shared goal of helping Florida residents rebuild.

The president will also meet with small business owners and local residents on Fisherman’s Wharf in Fort Myers and deliver remarks.

Biden reassured reporters last week DeSantis was thrilled with his efforts on behalf of Florida before and after the storm.

“He complimented me. He thanked me for the immediate response we had. He told me how much he appreciated it,” Biden said, claiming that he had spoken with DeSantis “four or five times.”

“He said he was extremely happy with what’s going on,” Biden added.

But so far the president has not offered the same effusive praise for DeSantis.

In the past, Biden has repeatedly criticized DeSantis on several issues, including the Florida governor’s most recent decision to fly migrants to Martha’s Vineyard.

The president also frequently criticized DeSantis during the coronavirus pandemic for blocking mask mandates in schools and vaccine mandates for businesses and employees.

The White House stressed that Biden would not make his visit to Florida political. 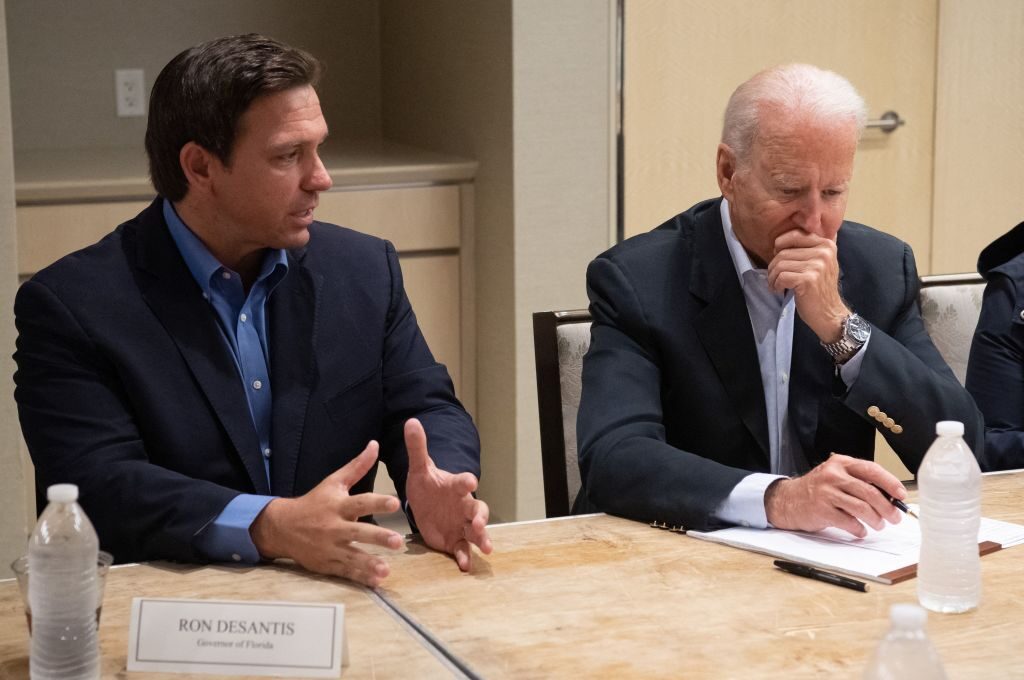 “When it comes to delivering and making sure that the people of Florida have what they need, especially after Hurricane Ian, we are one — we are working as one,” White House press secretary Karine Jean-Pierre told reporters on Wednesday.

She reminded reporters that Biden still disagreed with DeSantis on a host of issues, in particular his decision to send migrants to Martha’s Vineyard.

“There will be plenty of times — plenty of time to discuss differences between the President and the governor, and — but now is not the time,” she said.

President Joe Biden’s “11th-hour effort to shift the debate over inflation and the economy” ahead of the midterm elections is to warn voters that Republicans will “trash” the economy, according to the Washington Post. In a speech earlier this week, Biden warned that Republicans vowing to restrain Biden’s agenda using the power of the purse would […]

Home » Crimes, North America, Terrorism » Texas governor designates Mexican cartels as terrorist organizations, orders state law enforcement to take action   Texas Republican Gov. Greg Abbott is tired of waiting on the Biden regime to secure the border because he knows that’s not going to happen. As such, he is taking bold new […]