Former NFL star wide receiver Antonio Brown has landed in hot water after exposing himself to several guests in a hotel pool in Dubai.

The New York Post obtained a video of Brown in the pool at the Armani Hotel Dubai a few months ago. The former Buccaneer exposed his behind to a woman in the pool and then exposed his front to her and several others.

The pics from the video are NSFW. 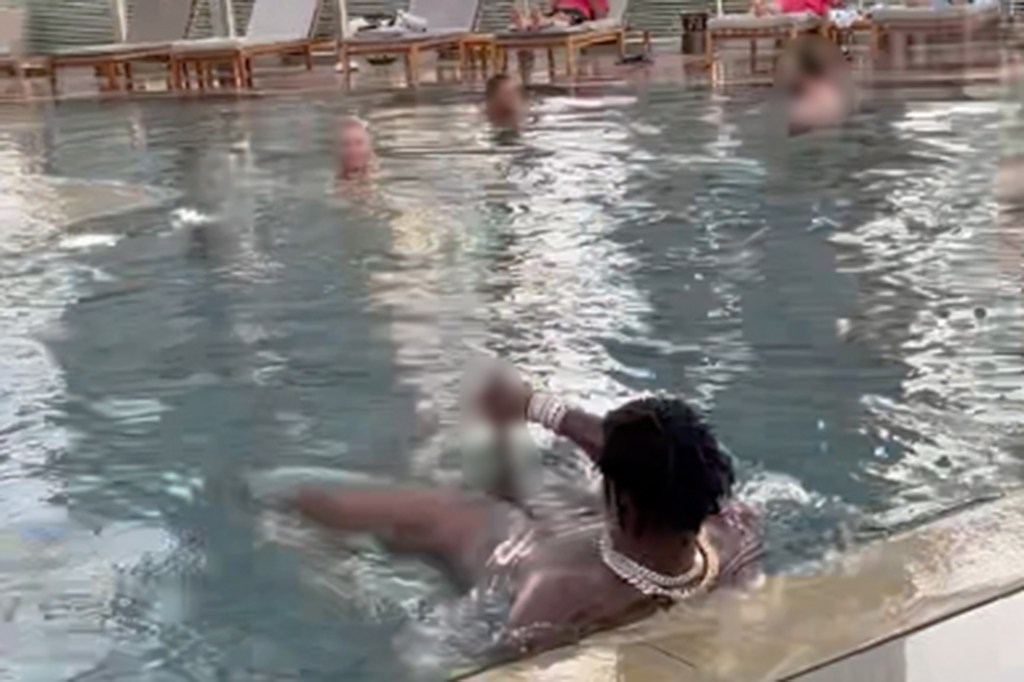 The woman reportedly became upset and left the pool after Brown exposed himself. Other guests complained about Brown’s antics in the pool. The former NFL player also reportedly told his bare chest to other hotel-goers and smelled of marijuana, which is illegal in Dubai.

Every chance they get to sway the heat off themselves they use me. In the video you can clearly see she runs off with my swim trunks. If roles were reversed the headlines would read “AB having a wild night with nude female”.Yet when it’s me it automatically becomes a hate crime

This incident is not the only time Brown has disrobed to some degree in an inappropriate public setting. In early 2022, The then-Buccaneer took off half his uniform, including his jersey and pads, as he ran into the locker room at MetLife Stadium after a disagreement with his coach.

Antonio Brown ran off the field shirtless after showing some frustration on the sidelines.@JenHale504 pic.twitter.com/Jet6ofnNm2

Brown was in Dubai to see his friend Floyd Mayweather Jr. fight. There have been discussions about Brown being signed by another team at some point this season. That’s probably not going to happen.

Advertisement OPINION: This article may contain commentary which reflects the author’s opinion. The U.S. Supreme Court rejected a claim that the Memphis, Tennessee, area has been taking water that belongs to Mississippi from an underground aquifer that sits beneath parts of both states. Mississippi initiated the lawsuit against Tennessee, the City of Memphis, and Memphis […]

Police in Hanover are investigating an alleged attack on a synagogue on Thursday during Yom Kippur celebrations. Rabbi Shlomo Afanasev claims an unidentified individual threw a stone at a window, smashing a pane of glass near worshippers. “It was a stone or certainly something heavy and big and it was thrown at the window and […]

Russian Ambassador to the United States, Anatoly Antonov, on Thursday visited Russian citizen Alexander Vinnik, who stays at Santa Rita Prison in Dublin. According to Antonov, he was not allowed to speak to Vinnik through a ‘contact meeting’, they were separated by the glass while talking. “At the last stage we got permission and support […]