SANTA ANA, Calif. – A self-proclaimed “incel” who posted videos of himself pepper spraying and harassing women on his YouTube channel wanted on a warrant for multiple felony assaults and hate crime enhancements in connection with a series of violent attacks targeting unsuspecting women in Orange County has been captured and transported back to Orange County to face charges.

Young appeared in court Monday after being arrested on a warrant in San Mateo County. His bail was set at $500,000. 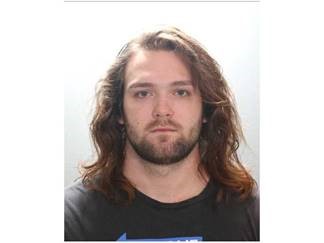 He faces a maximum sentence of 13 years in state prison if convicted on all counts.

Young has a prior misdemeanor hate crime conviction in Nevada. He was transported to Orange County Jail last week after being convicted on a misdemeanor case in San Mateo County.

An incel – which stands for involuntary in celibate is a member of an online community of men who exhibit their sexual frustrations by voicing their misogynistic views against women. Young was identified by the Costa Mesa Police Department as a suspect in two attacks on women after social media sites circulated several of Young’s videos. The attacks involved four women and a man who tried to stop one of the assaults.

“No one should have to live in fear that they could be indiscriminately attacked and then publicly humiliated on the Internet because of their gender,” said Orange County District Attorney Todd Spitzer. “This behavior is disgusting and the celebration of this behavior by like-minded individuals is completely unacceptable. These charges send a very strong message to that entire community that we will not tolerate violence against women in any form.”

Dozens of protesters gathered in front of Barcelona’s city hall on Tuesday, to participate in a rally following the death of Mahsa Amini, the 22-year-old Iranian Kurdish woman who died in ‘morality police’ custody. Footage features protesters chanting slogans, holding placards, dancing and singing. Some of them can be seen cutting off their hair. The […]