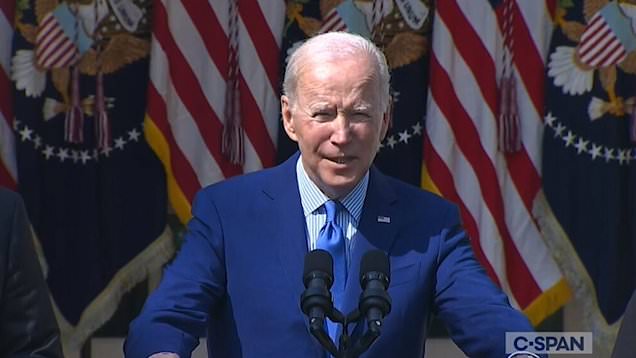 President Joe Biden declared on Friday that the US will “never recognize” the referendums that took place in the Donbass republics and two regions of Ukraine that are under Russian control. Washington and its allies will seek to impose “severe economic costs” on Moscow over the referendums, he added.

The joining Russia referendums, which began on Friday, were called “a fraud” by Biden.

In flagrant violation of international law, including the United Nations Charter, they constitute “a false pretext to try to conquer areas of Ukraine by force,” according to his statement.

Without going into greater detail, the US president promised to “engage with our friends and partners to impose further rapid and severe economic penalties on Russia.”

He continued by saying that in order to repel Russian forces, Washington will “continue to defend the Ukrainian people and give them with security assistance.”

The Donetsk and Lugansk republics of the Donbass, as well as the Kherson Region under Russian control and a portion of the Zaporozhye Region, started their referendums on joining Russia on Friday. The results will be known on September 27.

Senior authorities have indicated that, should the Donbass republics want to join the Ukraine, Russia will assist them.

Moscow issued a warning that, should the two republics and regions decide to join Russia, it would treat any aggression on these places as an attack on its own territory and would retaliate in kind.

The referendums have been denounced by a number of Western politicians. The votes were deemed “illegitimate” and “undemocratic” by the G7, who also promised to “never acknowledge” the outcomes. The group, which consists of the US, UK, Canada, France, Germany, Italy, and Japan, also declared that it will keep offering the Kiev government “financial, humanitarian, military, diplomatic, and legal support.”

US President visited Detroit’s auto show on Wednesday, ahead of a speech on the automobile industry’s transition to electric vehicles. On the show, which returned after a three-year hiatus, local manufacturers such as Jeep presented their new electric vehicles. Seventh-generation Ford Mustang, Chrysler 300c-s farewell edition, Jeep Recon and Wagoneer S were presented during the […]