The late Queen Elizabeth II was borne on the 120-year-old state gun carriage from Westminster Hall to Westminster Abbey, drawn by a team of Royal Navy Sailors, for the state funeral before final interment in Windsor.

The processions follows a tradition created in 1901 at the state funeral of Queen Victoria, when the teams of army horses pulling the ceremonial gun carriage — fitted with a special catafalque platform above the barrel of the gun to carry a coffin — were spooked during the procession and threatened to throw the carriage over. A team of Royal Navy sailors rushed to fill the gap and pulled the Queen by hand, an act which has been repeated at all state funerals since.

The late Queen Elizabeth II had lain in state at Westminster Hall for nearly five days while hundreds of thousands filed past in silent reflection to give thanks. This morning, the Queen’s coffin was moved by that state gun carriage the short distance — just a few hundred yards — from Westminster Palace to Westminster Abbey, the great Norman church where she was crowned Queen 70 years ago. 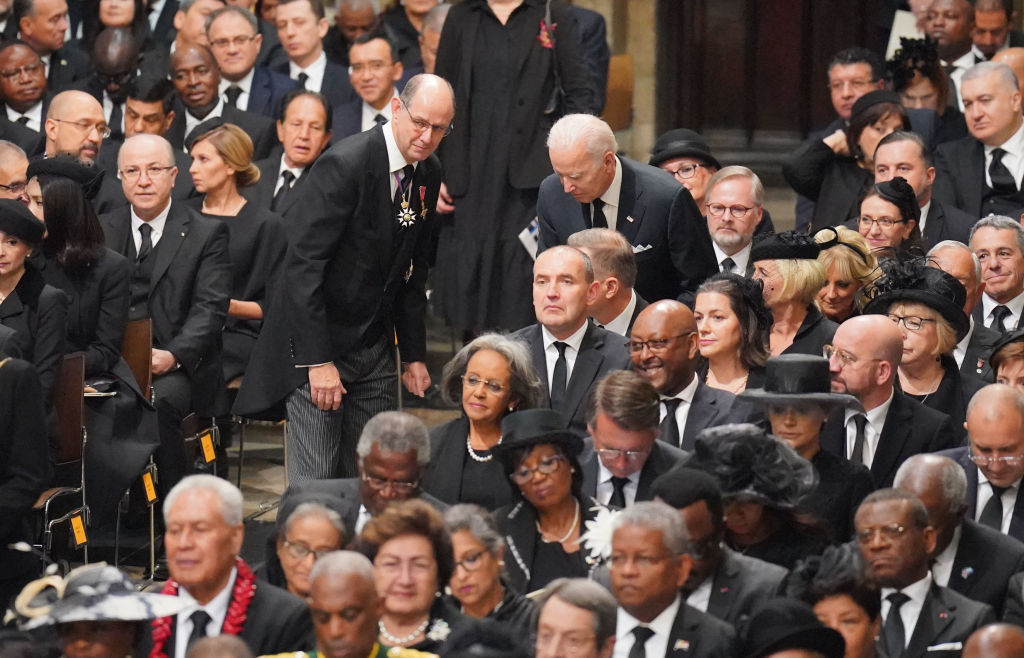 U.S. President Joe Biden takes his seat with other heads of state and dignitaries at the State Funeral of Queen Elizabeth II, held at Westminster Abbey, on September 19, 2022 in London, England. (Photo by Dominic Lipinski – WPA Pool/Getty Images)

Escorted by parties of British Army Guards, men of the Gentlemen at Arms, and the Royal Company of Archers, the coffin was piped through Westminster by bagpipers and followed by senior Royals on foot, including the new King. 142 Royal Navy sailors are in the gun carriage team, with two-thirds of the party in front to pull, and the remaining third behind as a breaking party, to slow or stop the carriage as required.

The Queen was carried into Westminster Abbey by pallbearers drawn from Guards regiments, where a one-hour funeral service will take place. Said to be the greatest concentration of world leaders ever, some 2,000 people are in attendance inside the Abbey. After the state funeral is complete, the Queen will be borne on the gun carriage once again through central London to Wellington Arch, where the coffin will be transferred to a hearse for transport to Windsor Castle.

There will be a final public ceremony at the castle, before the Queen’s mortal remains are interred alongside her late husband, the Duke of Edinburgh, in the Royal Crypt. 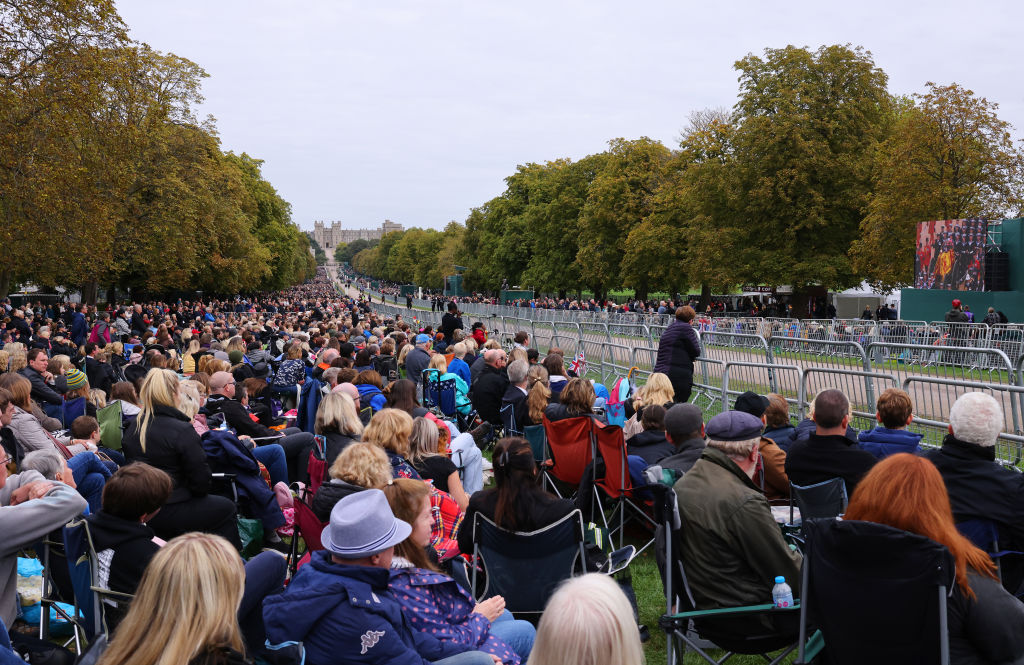 WINDSOR, ENGLAND – SEPTEMBER 19: Members of the public ahead of the State Funeral of Queen Elizabeth II on September 19, 2022 in London, England. (Photo by Richard Heathcote/Getty Images)

Photo Source: FBI SANTA ANA, Calif. – A second striker has been sentenced to four years in state prison after his 10-month-old daughter had to be revived with Narcan after ingesting his fentanyl from a straw in June. Jovany Armando EncisoSolorio, 31, of Santa Ana, pleaded guilty to one felony count of child abuse and […]

U.S. Thinks It Is ‘an Envoy of God’ – Market Subset News

Russian Foreign Minister Sergey Lavrov unleashed a torrent of invective against the American “hegemon” and the free world generally during his address to the United Nations General Assembly on Saturday, reiterating his accusations of “Nazi” sympathies against the Ukrainian government and condemning “grotesque” “Russophobia.” Lavrov spoke in the aftermath of his boss, Vladimir Putin, announcing last […]