The arrival of 50 illegal migrants at Martha’s Vineyard on Wednesday rocked the small island but inadvertently allowed the foreign visitors brief exposure to one of America’s top travel destinations.

Martha’s Vineyard’s tightknit, affluent community, comprising mostly Democrats, including former President Barack Obama, had proudly taken in the migrants after they were flown in by Florida Gov. Ron DeSantis (R).

The migrants’ stay at the Vineyard was, however, short-lived as Massachusetts Gov. Charlie Baker (R) was quick to deport them from the island. Baker announced he was sending them on Friday to a military base on Cape Cod because “the island communities are not equipped to provide sustainable accommodation” for the mostly Venezuelan nationals.

In light of the revelation that Martha’s Vineyard is not immune to receiving planes of illegal migrants — planes Biden too has sent in scores to cities across America since taking office — and because the DeSantis team has floated the idea of sending more to Martha’s Vineyard, below is a list of island activities for any new arrivals.

1. Take a ferry to Nantucket

The illegal migrants were ferried from Vineyard Haven to Woods Hole, a ride during which some left their buses on the ferry to “gaze across the glistening water at Cape Cod,” the Cape Cod Times reported. They can, if they have $41, also take a one-way trip to Nantucket via ferry to see more glistening water through October. 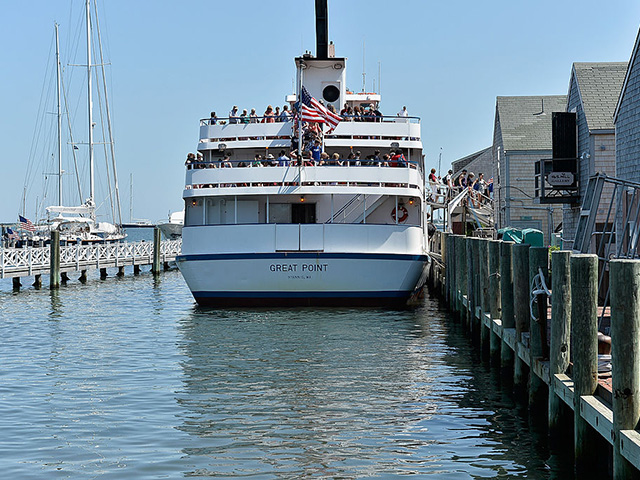 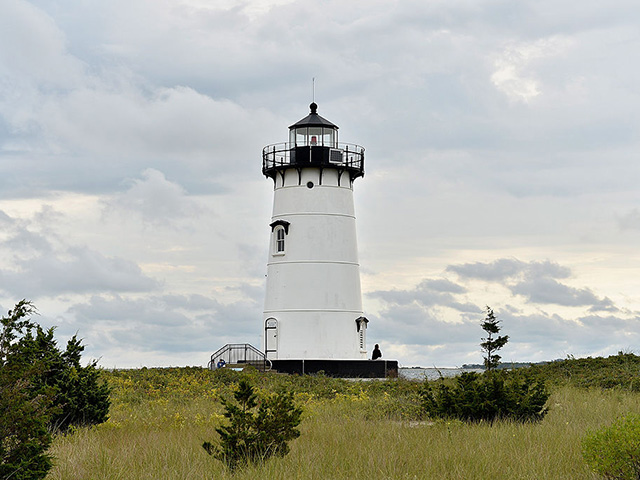 A general view of the Edgartown Lighthouse on August 22, 2014, in Martha’s Vineyard. (Paul Marotta/Getty Images)

There are several easily accessible beaches, including one little-known nude beach, called Moshup Beach, which is located over by the Gay Head lighthouse and cliffs on the west side of the island. 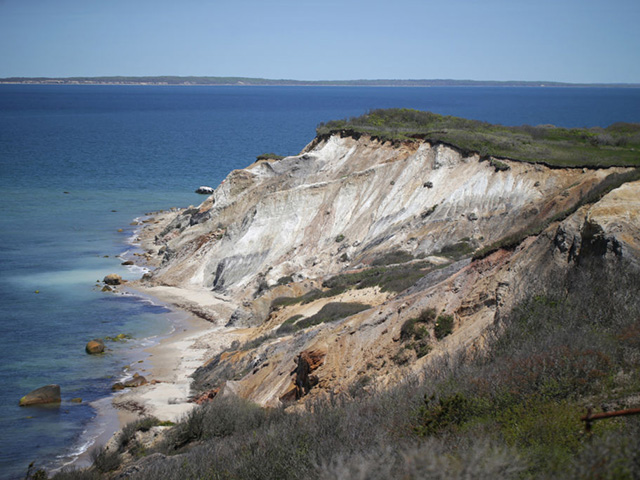 The Gay Head cliffs in Aquinnah on Martha’s Vineyard are pictured on May 22, 2019. (Jonathan Wiggs/Boston Globe via Getty Images)

The post-Labor Day lull is a prime time to visit Martha’s Vineyard, when tourism has died down but restaurants and shops remain open, according to a Martha’s Vineyard Chamber of Commerce blog post. 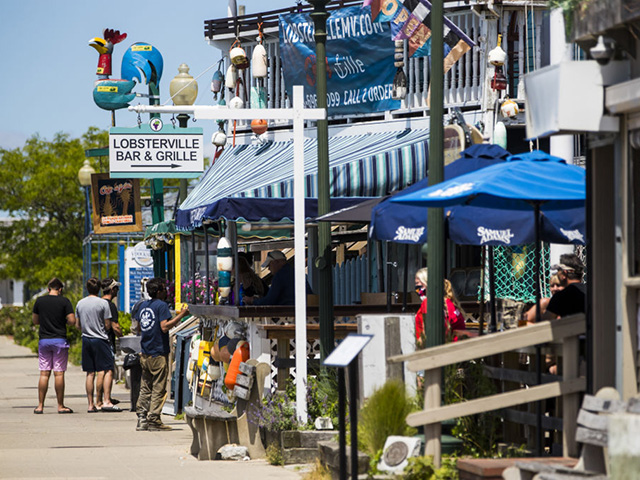 There are a number of areas on Martha’s Vineyard to see film locations from Steven Spielberg’s classic American thriller movie Jaws, but perhaps the most famous one is the “Jaws bridge,” connecting Edgartown and Oak Bluffs. 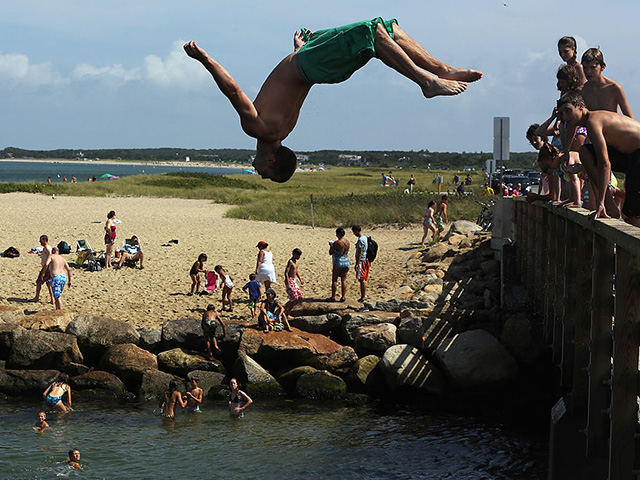 A boy jumps off “Jaws Bridge” during JawsFest: The Tribute, a festival celebrating the film Jaws, on the island of Martha’s Vineyard on August 11, 2012, in Edgartown, Massachusetts. (Mario Tama/Getty Images) 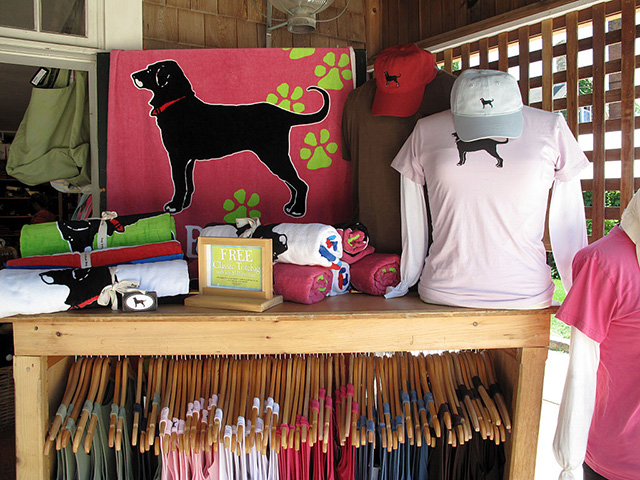 The Black Dog is a restaurant and tavern in Vineyard Haven. The restaurant was founded in 1971, and became well known for its souvenir T-shirts, featuring its logo of the eponymous black dog. (Brooks Kraft LLC/Corbis via Getty Images)

The island on Martha’s Vineyard is known for its beaches, Cape Poge lighthouse, trails, birdwatching, lack of internet, and a notorious 1969 incident in which Sen. Ted Kennedy, President John F. Kennedy’s brother, negligently drove his car off a bridge, resulting in the death of a 28-year-old campaign aide. 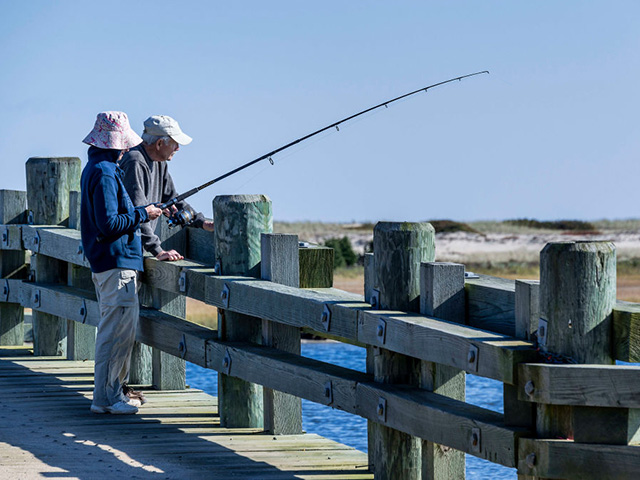 Indonesia Says Putin Seems to Be Backing Out of G20 with Zelensky, Biden on Guest List – Market Subset News

Indonesian President Joko Widodo told reporters on Tuesday that Russian leader Vladimir Putin may not attend next week’s G20 summit, suggesting a potential “virtual” appearance, instead. The G20 summit brings together the leaders of the 19 largest economies on earth and the European Union collectively. The guest list for this year’s conference raised expectations for […]

The Keystone Pipeline was shut down Wednesday night after a leak was detected near the Nebraska-Kansas border. “We have shut down the Keystone Pipeline System and mobilized people and equipment in response to a confirmed release of oil into a creek in Washington County, Kan., approximately 20 miles (32 kilometers) south of Steele City, Neb.,” […]

Riot police used tear gas against dozens of protesters who took to the streets in Bogota on Friday demanding the release of what they call ‘political prisoners.’ Footage features young men, many with faces covered, marching, chanting, and clashing with police. Some of the protesters can be seen holding posters and banners reading ‘Liberate who […]