Rep. Tim Ryan (D-OH), the sociopath running for Ohio’s open U.S. Senate seat, is down four points. This poll was taken before Ryan announced on national TV: “We’ve got to kill and confront” those whom Democrats and the corrupt corporate media describe as MAGA Republicans,  i.e., the over 60 million Americans who voted for Donald Trump.

Ryan made those comments Tuesday to MSNBC’s Willie Geist, a far-left activist who said nothing after Ryan told the world, “We’ve got to kill and confront” Trump supporters. Why did Geist not call Ryan out on it? Because leftists like Willie Geist and the MSNBC Gestapo would like nothing more than to see MAGA supporters rounded up and shipped to reeducation camps run by transsexuals and college-educated white women.

Other than those Never Trump fascists in 2016, never have I seen a political party demonize voters like His Fraudulency Joe Biden, Tim Ryan, and their media supporters have.

Well, as of right now, according to Emerson, Ryan is losing to his Republican opponent J.D. Vance (who does not demonize people who might not support him), 44 to 40 percent. Vance was up three points over Ryan the last time this poll was taken. 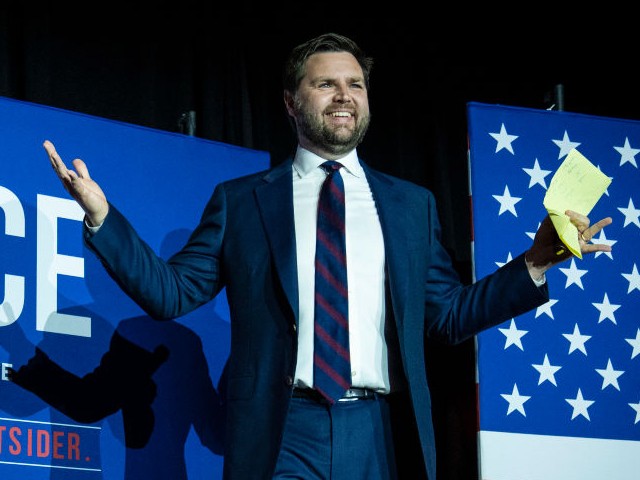 Vance is also over the magic 50 percent mark with independents: 51 percent support, compared to 49 percent for the sociopath Ryan.

Vance is winning men by 19 points, while the sociopath Ryan is only up eight points with women.

A clear majority of 56 percent of Ohioans disapprove of the job Biden’s doing, compared to only 41 percent who approve.

In better news: “A plurality of Ohio voters (38%) are more likely to support Donald Trump in 2024 because of the recent FBI search of Mar-a-Lago.” Only 32 percent said they were less likely.

Ryan has voted with President Biden and House Speaker Nancy Pelosi 100% of the time this Congress − including on the $1.9 trillion inflation-causing “American Rescue Plan” that even liberal economist Larry Summers called the “least responsible” economic policy in 40 years. Unsurprisingly, and in recognition of his far-left voting record, Ryan has received the endorsement of progressives like Alexandria Ocasio-Cortez and held a virtual fundraiser with Hillary Clinton earlier this year.

Ohio might as well vote for Alexandria Ocasio-Cortez or Nancy Pelosi.

Spread the love Florida Gov. Ron DeSantis (R) is reportedly set to release an autobiography, The Courage to Be Free: Florida’s Blueprint for America’s Revival, early next year, which “will center on critical issues that brought [DeSantis] to the center of the debate over the future of our country.” Broadside, HarperCollins’ wing which “specializes in conservative nonfiction,” […]

Mar Vista – Detectives from the Los Angeles Police Department’s Pacific Area are seeking the public’s help in identifying the suspect who brutally stabbed a wheelchair bound 82-year-old man. On Monday, October 3, 2022, at 6:55 p.m., Pacific Division patrol officers responded to the 12000 block of Venice Boulevard for a radio call of an […]