Budd and former North Carolina Supreme Court Chief Justice Beasley (D) will participate in a televised Oct. 7 debate in Raleigh with Spectrum News 1, the Charlotte Observer reported Wednesday. The station’s Tim Boyum will moderate the debate, and the debate will be available across the state on channel 1 for Spectrum subscribers. 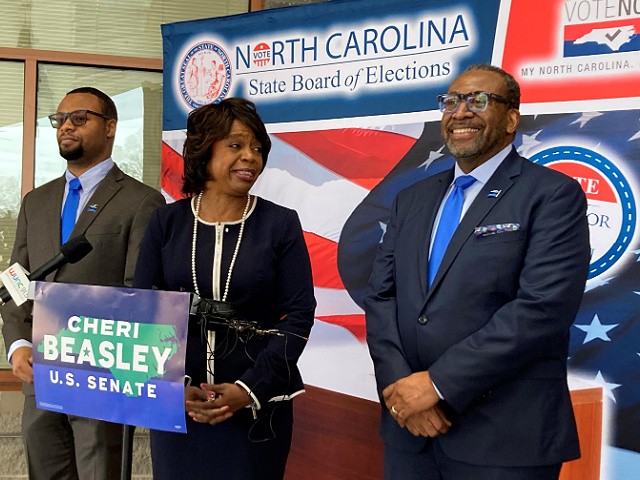 Beasley’s campaign manager Travis Brimm told the publication she is “prepared and ready to meet Congressman Budd on his preferred debate stage — because she believes that every North Carolinian deserves to see the clear choice before them this Fall.”

The Oct. 7 debate is the “first debate both major Senate candidates have agreed to participate in,” according to Spectrum News 1.

Budd and Beasley have been running a close race, although the most recent polling shows Budd ahead of Beasley by three points with fewer than 60 days out from the election.

United States Senate candidate Rep. Tim Ryan (D-OH) predicted his victory against Republican J.D. Vance with a beer toast Monday on MSNBC’s “The Last Word.” O’Donnell said, “Many of the senators already in place there, who remain in place, are trying to basically repeal Social Security and to make it a program that gets funded, or […]

Spread the love Hispanic Americans, gravitating to the nationalist-populist wing of the Republican Party, are turning on Democrats over the top issues in this year’s midterm elections: Crime, inflation, immigration, and a corporate-backed woke social agenda. Tim Alberta for The Atlantic traveled across Arizona, Florida, and Texas to find that Hispanics who had been voting […]

Exit polling data from the 2022 midterm elections found that Generation Z and Millenials, those ages 18 to 29, voted for the Democrats by an overwhelming margin — showing get out the vote efforts on college campuses to be increasingly consequential.  A full 63 percent of the age demographic went for the Democrats while only 35 percent […]