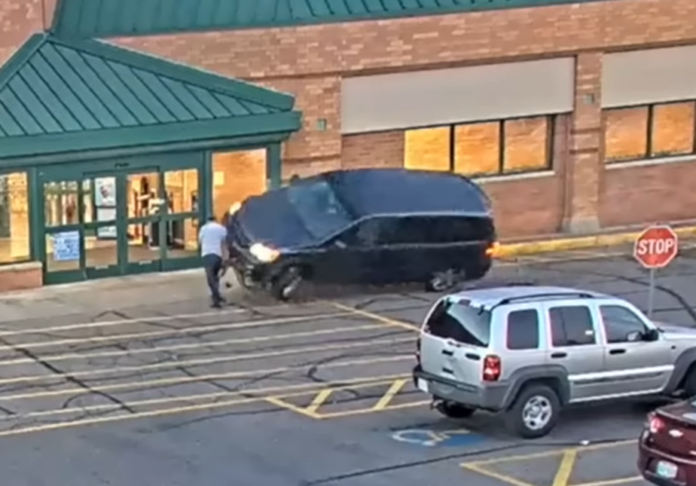 On August 31, 2022, Chapman drove her car into Christopher Griffith and Jawon Khalid Lunsford outside of the Spring Grove Village Kroger. After Chapman hit the two men, she proceeded to exit her vehicle and continued to physically assault Lunsford, who was her intended target.

Lunsford shares an infant child with Chapman, who was in Chapman’s vehicle at the time of the assaults.

Griffith, who was attempting to enter the Kroger when he was struck, succumbed to his injuries after he was transported to the University of Cincinnati Medical Center. Lunsford suffered a broken leg as a result of the attack.

“While he was in Kroger she apparently went through his cell phone and believed that he had in an inappropriate relationship with her sister,” Deters said. “What this woman did is sickening. Her total disregard for human life is stunning.”

“This woman didn’t care about the lives she put in danger – including her own 8-month-old child. That level of selfishness is impossible to understand, but we will do everything in our power to ensure she spends the rest of her life in prison. Every day, we see crimes that are more violent and more callous.”

“As a people, we live in the bed we have made. Useless, endless, and ineffective programs – combined with the decriminalization of crime, the hatred of law enforcement, and misguided blame on everyone but the bad guy has caused this. I can only deal with the results. It is high time society and its leaders deal with the true causes.”

Footage captured at the Port of Dover on Monday shows the aftermath of a firebombing attack at a migrant centre. Two people who were inside the migrant facility were injured in the attack, which took place on Sunday. Local police say the suspect has been identified as a 66-year-old man who lived more than 160 […]

Ticket prices are so high at Disney’s resorts that some parents are apparently disguising toddlers as infants to skirt the costs. A recent TikTok video of a mother disguising a toddler as an infant in a baby stroller has gone viral with the mom in the video unrepentant over the cost-saving ruse. “We [paid] for […]