Khalid Sheikh Mohammed, the mastermind behind the September 11, 2001 (9/11) Islamic terrorist attacks on the United States, was approved for a visa by the federal government just weeks before the attacks that killed nearly 3,000 Americans.

About six weeks before the 9/11 attacks, Mohammed, known by federal officials as “KSM,” was approved for a tourist visa to enter the U.S. despite having been indicted in 1996 for terrorism. The 19 hijackers involved in the 9/11 attacks had also been approved for visas.

Khalid Sheikh Mohamed, the chief tactical planner and coordinator of the 9/11 attacks, was indicted in 1996 by Federal authorities in the Southern District of New York for his role in earlier terrorist plots. Yet, KSM, as he is known, obtained a visa to visit the United States on July 23, 2001, about six weeks before the 9/11 attacks. [Emphasis added]

Although he is not a Saudi citizen and we do not believe he was in Saudi Arabia at the time, he applied for a visa using a Saudi passport and an alias, Abdulrahman al Ghamdi. He had someone else submit his application and a photo through the Visa Express program. There is no evidence that he ever used this visa to enter the United States. [Emphasis added] 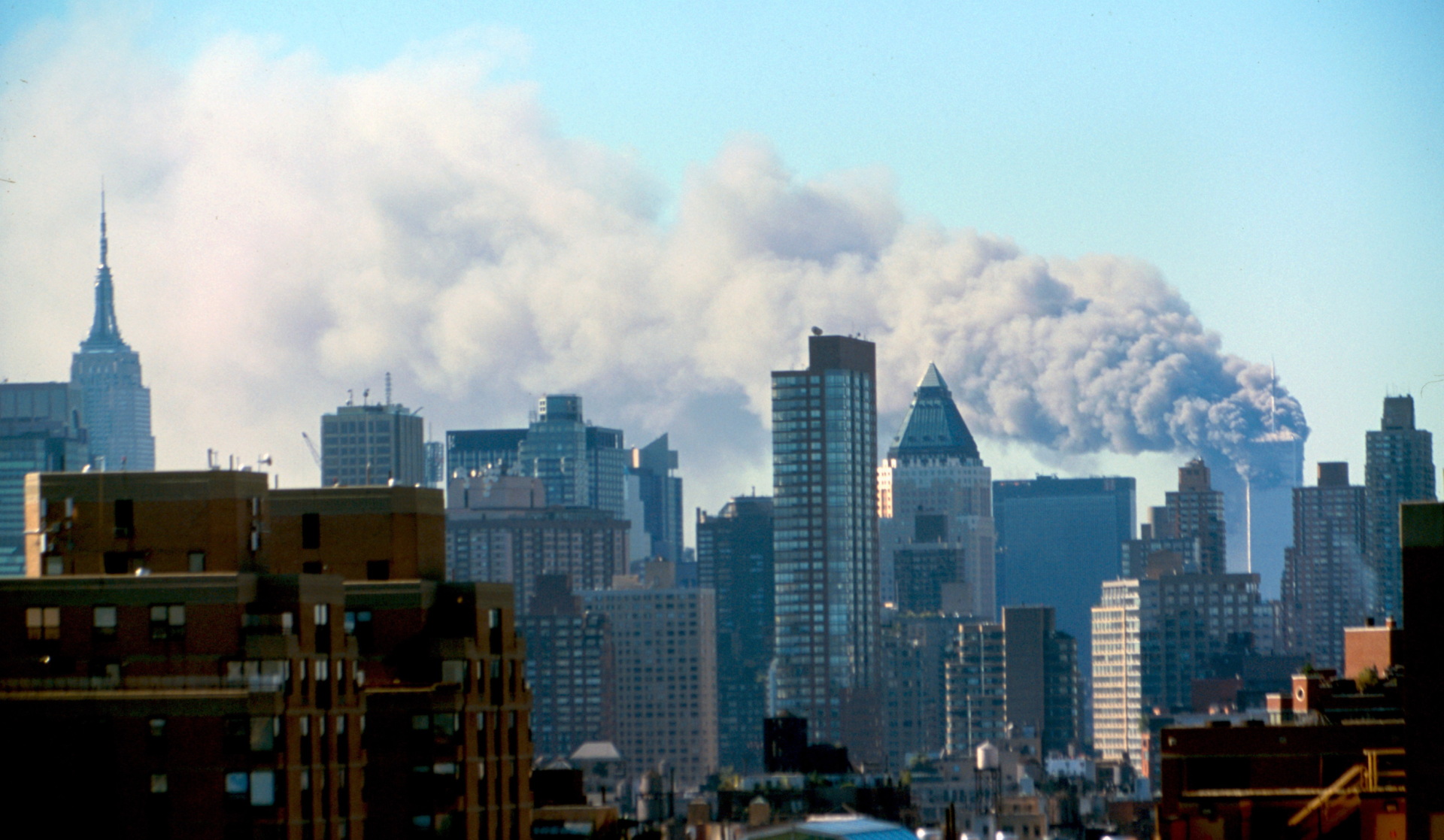 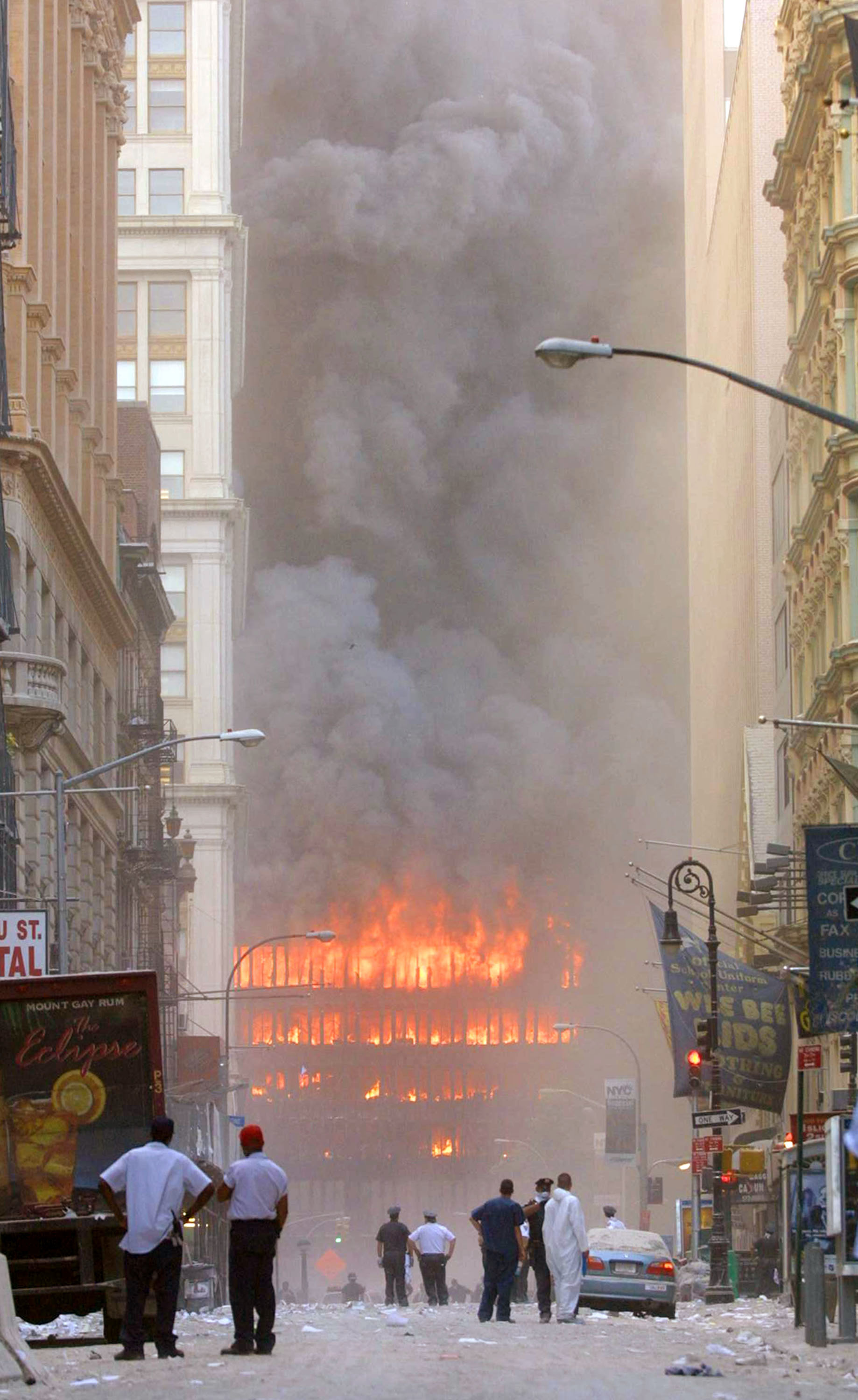 People walk in the street in the area where the World Trade Center buildings collapsed September 11, 2001 after two airplanes slammed into the twin towers in a suspected terrorist attack. (Mario Tama/Getty Images) 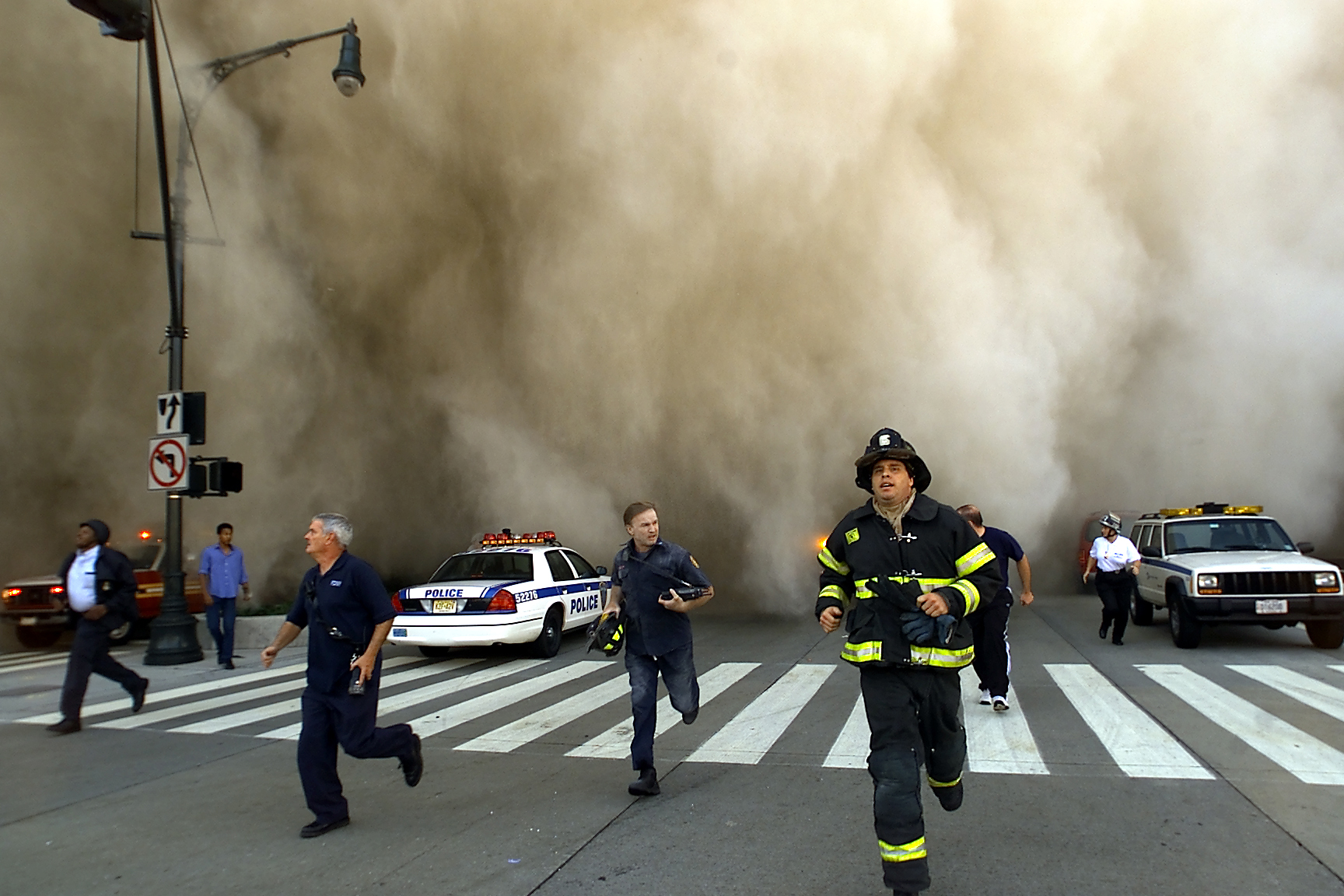 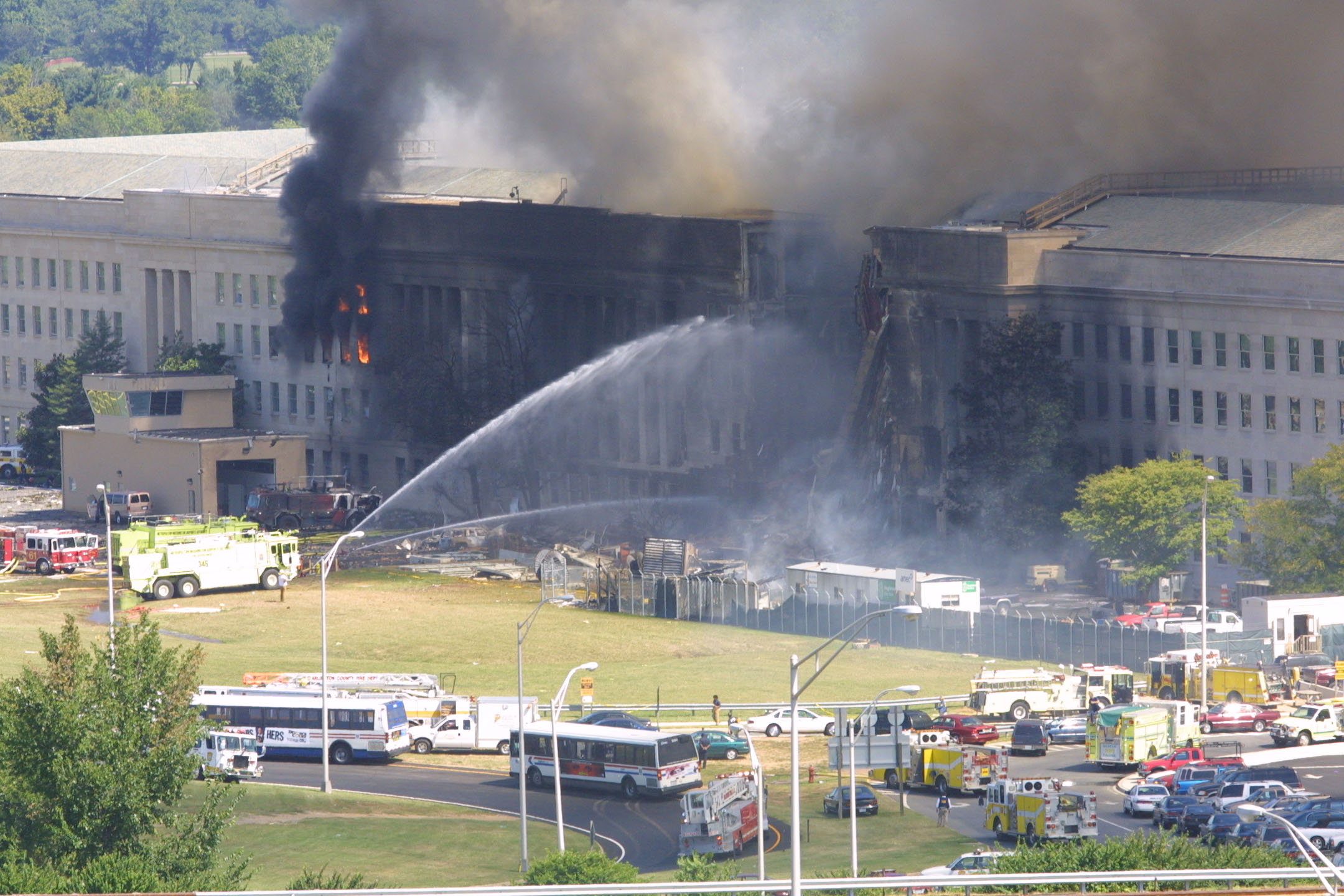 Smoke comes out from the west wing of the Pentagon building September 11, 2001 in Arlington, Va., after a plane crashed into the building and set off a huge explosion. (Alex Wong/Getty Images) 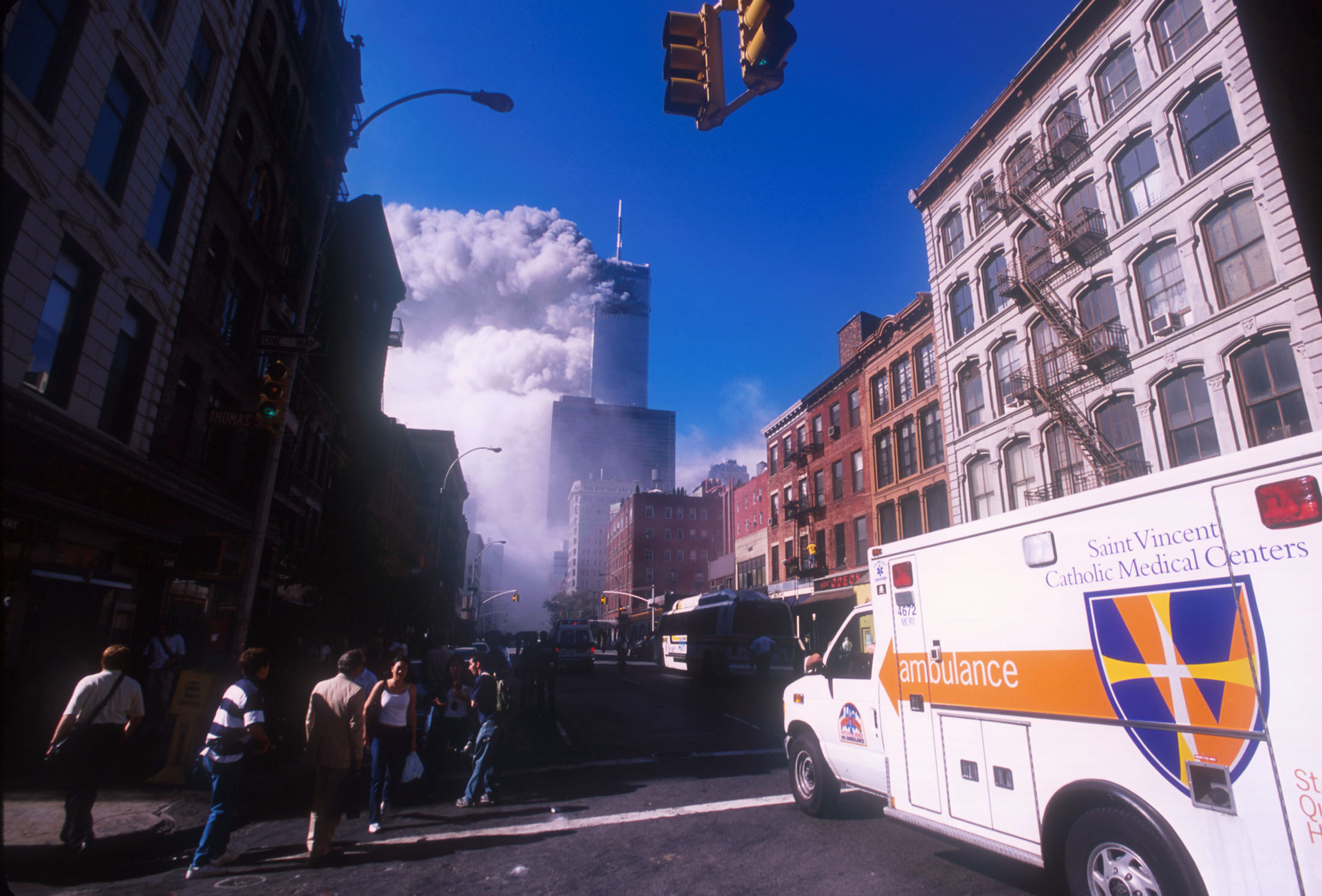 An ambulance rushes toward the World Trade Center area after the twin towers collapsed after being struck by a commerical airliner in a suspected terrorist attack September 11, 2001 in New York City. (Ezra Shaw/Getty Images) 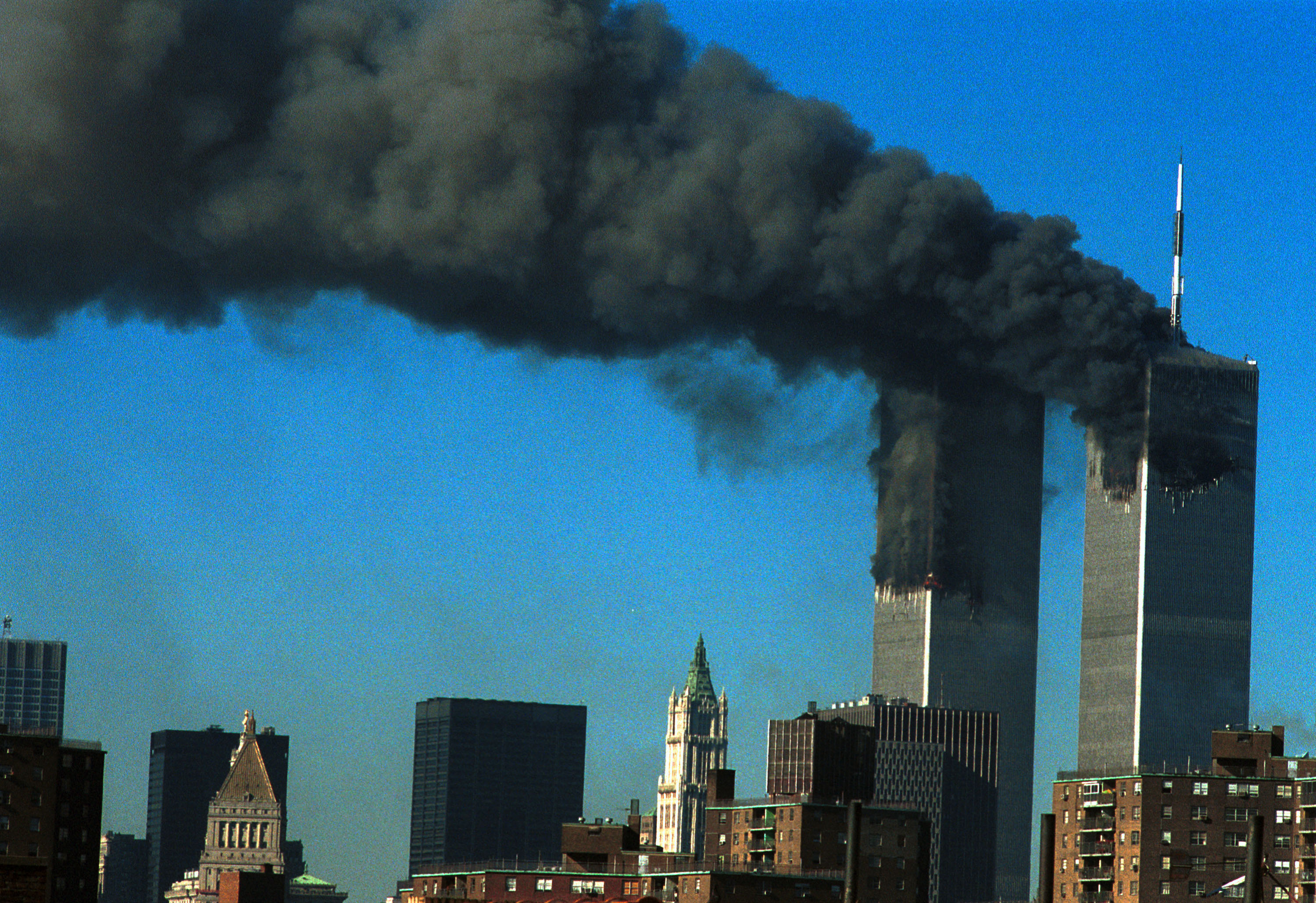 Attorneys for KSM, along with other terrorist detainees at Guantanamo Bay, are reportedly negotiating plea agreements with the federal government for their involvement in the 9/11 attacks and other U.S. terrorist attack plots.

“Negotiated agreements are part of all criminal cases, and negotiations have taken place throughout the case,” an attorney for KSM’s nephew, Ammar al-Baluchi who is accused of being a courier for Osama bin Laden, said in a statement. “This process is not unusual: the vast majority of capital cases in the United States are resolved by plea.”

Sen. Raphael Warnock (D-GA) refused to offer a clear answer about packing the Supreme Court in Friday evening’s U.S. Senate debate in Georgia, while challenger Herschel Walker (R) offered a straightforward “no” to the question posed by the moderators. Asked whether he would vote for “expanding” the number of seats on the Court, Walker said: […]

Representative Eric Swalwell (D-CA) said Monday on SiriusXM’s “The Dean Obeidallah Show” that Republicans “through their silence” condone former President Donald Trump’s threats of violence. Obeidallah said, “In the last seven days, you had Donald Trump threaten, if he’s indicted, that we’re gonna see problems in this country like of the which, perhaps we’ve never seen […]